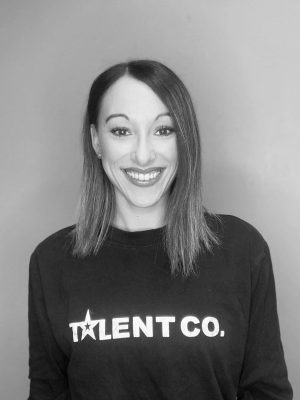 Morgan Blesing began dancing aged 3½ at Del Sante’ Dance Connection, TIDC performing arts school and then Gravity Dance Studios with Christine Underdown until she was 17. In 2009 Morgan was offered a scholarship to participate in the New York Summer Dance Festival working with Desmond Richardson and Dwight Rhoden from the Complexions Contemporary Ballet Company. She performed “Rise” with the Company as a part of their U2 tribute season. In 2010 Morgan completed a Bachelor of Dance Performance at Adelaide College for the Arts. From her years at ACA, she has danced in works by Sol Ulbrich, Alison Currie, Daniel Jaber, Leigh Warren, Xiao-Xiong Zhang and Peter Sheedy. Morgan is heavily trained in classical ballet, contemporary and Lyrical and is training in acrobatics at present. Morgan has also worked in a Professional Development courses run by Lisa Griffiths, Laura Trevor, Troy Mundy and Alistair Macindoe. She has also been involved in Master classes run by Zaimon Vilmanis, Complexions Contemporary Ballet Company, Bangarra Dance Company, Marc Brew and Lucy Guerin and Australian Dance Theatre. She has also worked with independent artist Chris Scheer, Graduate from Adelaide College for the Arts. Morgan has also participated in the Dance North Master class series in the middle of 2010. Late in 2010 Morgan played the lead role in the ballet version of Mary Poppins put on by The Australian Classical Youth Ballet Company performed at the Adelaide Festival Theatre. Morgan has also worked closely with The Australian Dance Theatre, working on class technique and tumbling skills. In 2011 Morgan was a part of the redevelopment with Shaun Parker for his production of “Happy as Larry” for the Melbourne dance festival “Dance Massive”. Later in 2011 Morgan also took part in “Dance Around the World” Tour of the United States of America. Late in 2011 Morgan completed her training in becoming a fully qualified Personal Trainer. Throughout 2011/2012 Morgan extended her skills by performing various commercial/corporate events with Adelaide performance group called “Ding Productions” 2012/2013 has held something different for Morgan, taking a back seat from performing and has put more time into her teaching. It is something she has enjoyed as she gets great satisfaction from seeing her students improve. Morgan has come from Star Academy Performing Arts School where she was the head ballet teacher and Vivienne winter school of ballet where she was a main teacher to the schools younger children. She has also taught in high schools around Adelaide. Early 2013 Morgan had a group from Star Academy perform at the Adelaide Entertainment Centre in CanDance for a Cure, a fundraiser for cancer. Morgan still has hopes to work as a performer in the dance industry.